The Tektronix AWG5208 Arbitrary Waveform Generator meets demanding signal generation needs with high signal fidelity and the ability to scale up to 32 or more channels with multi-unit synchronization at an affordable price. Ideal for advanced research, electronic test and radar, and electronic warfare system design and test. 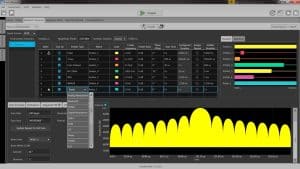 In recent years, proposals have been made for communication systems to operate in radar bands, closing the proximity of Radar and RF signal environments. Tektronix has put together a specific waveform creation plugin for current Arbitrary Waveform Generators that enables engineers to create specific RF environments for many specific applications. 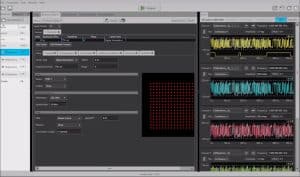 The AWG5200 Arbitrary Waveform generator delivers the industry’s best combination of sample rate and vertical resolution at a surprisingly low price. Create real-life environments based on accurate, noise-free signals, and 5 GS/s 16-bit performance that allows for direct generation of signals up to 4 GHz. 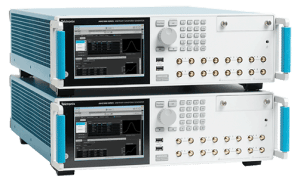 Scale efficiently with any setup, with up to 8 channels per unit, low cost per channel, and multi-unit synchronization. The fully-integrated platform allows for faster waveform loading and cleaner RF performance.

Waveform creation on and off your arbitrary waveform generator. 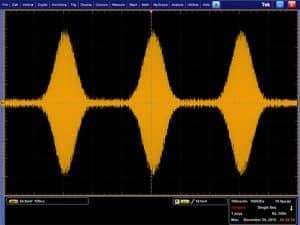 The SourceXpress environment simulates the native firmware of the AWG5200 and runs on your PC. It works with the plug-ins to allow you to easily and conveniently switch between them. The plug-ins simplify the process of generating complex RF environment signals and modulated radar pulses, helping you iterate through designs much more quickly. 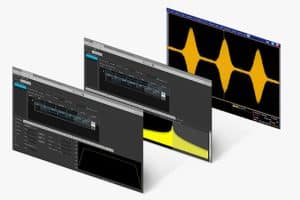 The AWG5200 Arbitrary Waveform generator is all about streamlining your test set-up. It starts by being an off-the-shelf solution for simplifying or replacing your current complex signal generation set-up. Backwards compatibility with other Tektronix signal generators means you don’t need to re-learn a set-up process. Finally, the ability to automate tests using Matlab scripts makes it a simpler set-up end-to-end.